There are many spectacular and inspirational builds all over the Realm, making the server a fantastic place to explore and call your Rising World home. The server continues to be a friendly and relaxed place for us all to chill out on. Again, thank you.

So down to business. Under the hood the code structure for Medieval Realms has completely changed. Previously there were just a few classes wrapped up in two jar files (plugins). Now there is just one jar file (plugin) and the containing classes are more specialised to their responsibilities making future updates to Medieval Realms easier.

Most noticeably version 0.0.8 brings a new and upgraded GUI (Graphical User Interface) over 0.0.7. There is also a few functional changes to the interface. When toggling the menu you will now be sent straight to your stats screen rather than your last viewed tab – this is intentional. The ingame statistics have been increased from the top 20 to the top 30 players so more people can see where they are on the boards – in time this will be further increased. Ingame statistics now periodically update (once every 5 minutes) and your own personal statistics update in sudo-realtime. Expect an XP board with ranks in the future. 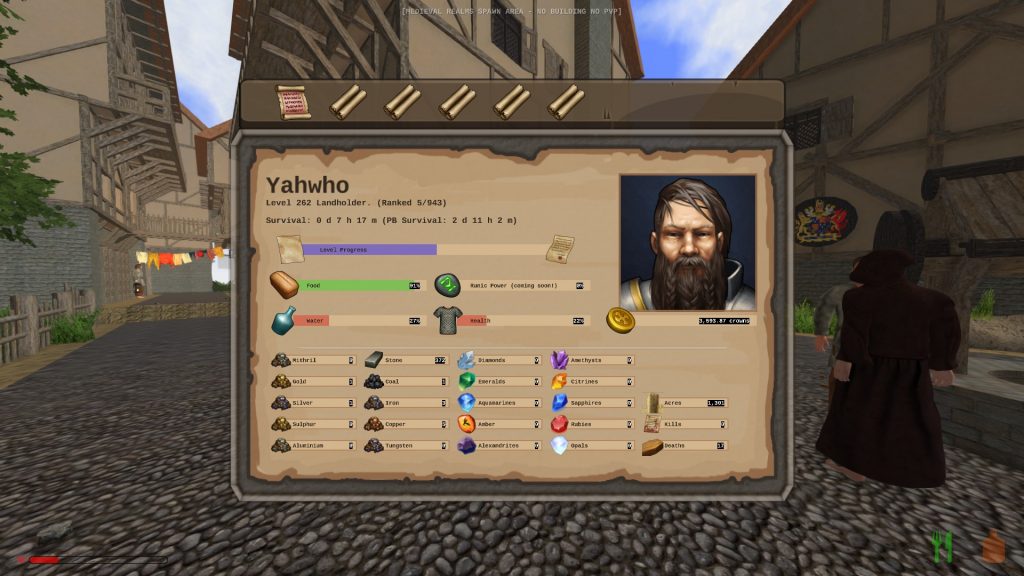 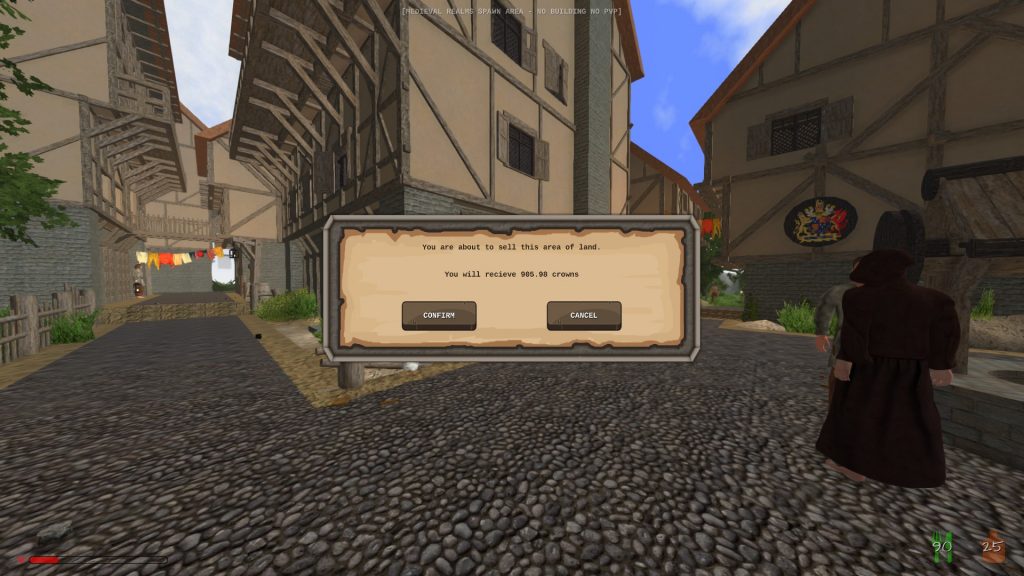 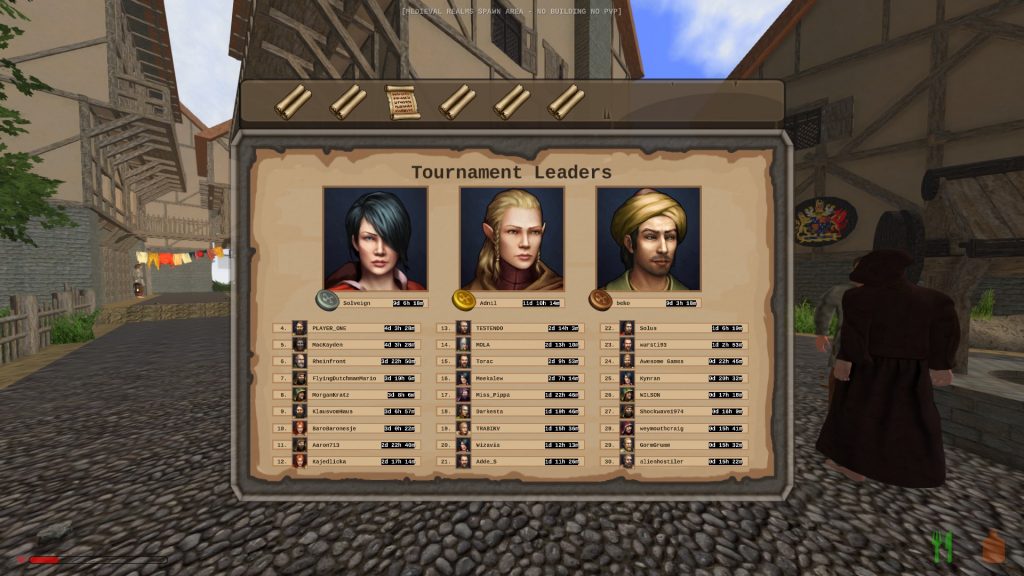 Second main addition is the introduction of a new ingame assets. Gemstones! Currently gemstones are found deep underground inside certain ore deposits. They are very hard to find and therefore are very valuable. There are 10 gemstone types in total, each with a corresponding rarity and value. When you’re lucky enough to find a gemstone a gem icon will appear on your screen to let you know you found one and your balance will be automatically increased for the value of the gemstone (simulating an instant sale). I’ve started experimenting with 3D object creation software – hopefully we’ll get physical gemstones appearing in the future! 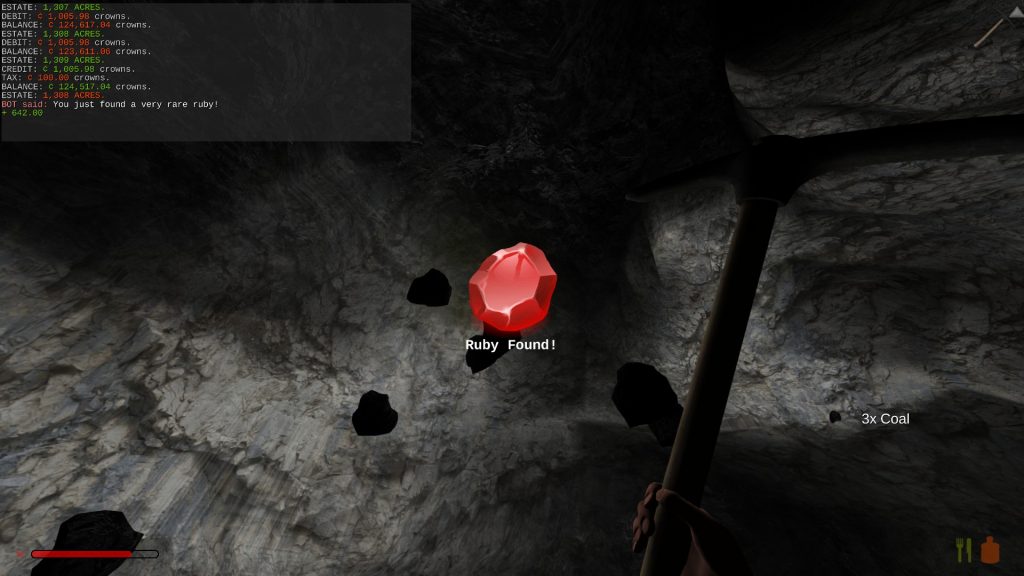 Once I work out how to create a new inventory location that works in the same way as the regular inventory you will not get an instant sale of gemstones, instead you will have to collect them in your new inventory slots and then take them to the spawn to sell.

There are several other updates and improvements to code functionality, (hopefully) all listed below.

This website uses cookies to improve your experience while you navigate through the website. Out of these cookies, the cookies that are categorized as necessary are stored on your browser as they are essential for the working of basic functionalities of the website. We also use third-party cookies that help us analyze and understand how you use this website. These cookies will be stored in your browser only with your consent. You also have the option to opt-out of these cookies. But opting out of some of these cookies may have an effect on your browsing experience.
Necessary Always Enabled
Necessary cookies are absolutely essential for the website to function properly. This category only includes cookies that ensures basic functionalities and security features of the website. These cookies do not store any personal information.
Non-necessary
Any cookies that may not be particularly necessary for the website to function and is used specifically to collect user personal data via analytics, ads, other embedded contents are termed as non-necessary cookies. It is mandatory to procure user consent prior to running these cookies on your website.
SAVE & ACCEPT